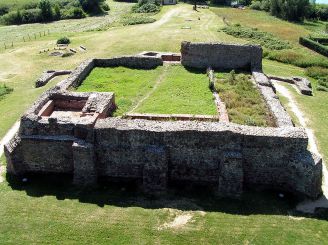 In the small Polish village of Venice is a medieval castle. Up to the present time the castle is preserved as ruins. It was built in 1390, and in 1420 was sold by its owner Nicholas Remember Archbishop of Gniezno. Later the building has undergone significant changes and was turned into a bishop's residence. In the 15th century, the castle was used for the confinement of supporters of the Hussite movement. But soon it was abandoned, and even disassembled. Only in the 19th century, the castle has attracted the attention of archaeologists and history buffs. After the Second World War there were excavations and research. The castle ruins are a branch of the Museum palutskoy land in Znin. It attracts tourists from all over the world.

The castle is located on the square Wolności.