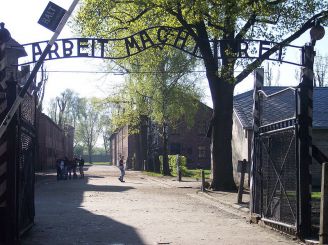 State Museum of Auschwitz-Birkenau concentration camp in Auschwitz is located. The camp was set up in 1940. It killed more than one million people.

In 1947, after the defeat of Nazi army in place of the concentration camp was opened a museum dedicated to the victims of the Nazi terror. The museum is included in the UNESCO World Heritage List. Among the exhibits of the museum of Auschwitz-Birkenau can see a collection of objects and documents devoted to the Holocaust and other genocides of the National World War II.