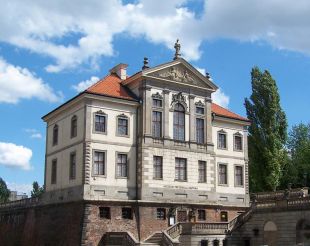 Palace Ostrog is a baroque mansion, built in the late 16th century on the orders of the Polish Prince Janusz Ostrog. The palace is located in the historic center of Warsaw and still delights visitors and residents with its unique decor.

During its long history the palace has repeatedly changed its owners, destroyed and rebuilt again. Since 1858, it housed Music Institute, which was later renamed the Conservatory. At the beginning of the last century to the house on the south side built a concert hall. During the Second World War the palace was badly damaged, but most of it has been restored.

Today the palace is functioning Chopin House Museum, which contains unique documents, photographs, letters and works of the great composer.

Reach the palace Ostrozhskih possible on any public transport passing through the center of Warsaw.