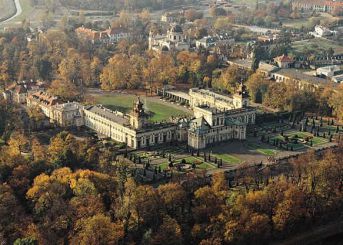 Wilanów Palace was founded in 1677 in the south-east of Warsaw . His first master was King Jan Sobieski. Later the palace belonged to Elizabeth Sinyavsky, Augustus II the Strong, and daughter Elizabeth Mary Sinyavskaya.

During the long years of the palace was rebuilt many times, but today it does not ceases to admire its beauty and grandeur. Palace combines elements of noble estates and an Italian villa. It is surrounded by a magnificent garden, which is considered the chief ornament of the picturesque lawn with exquisite fountain.

Get to Wilanów Palace is on city buses number 116 and 180, it is necessary to go to the last stop Wilanow. Travel time will not take you more than an hour.