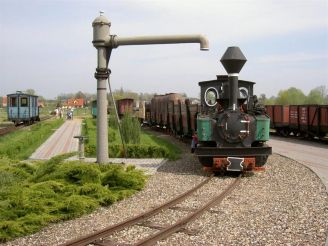 Museum of narrow gauge railways in Venice dedicated narrow-gauge railways gauge 600 mm. The museum displays 17 locomotives, the oldest of which was built in 1899.

Besides rolling, here you can see the turntable, a column for refueling locomotives and other railway infrastructure.

The museum was founded in 1972. It is located at the station near the city of Venice Znin. Along this narrow gauge railway was stopped after World War II. Today it operates as a tourist railway.

Reach the city can Znin from all major cities of the country by train, bus or car.